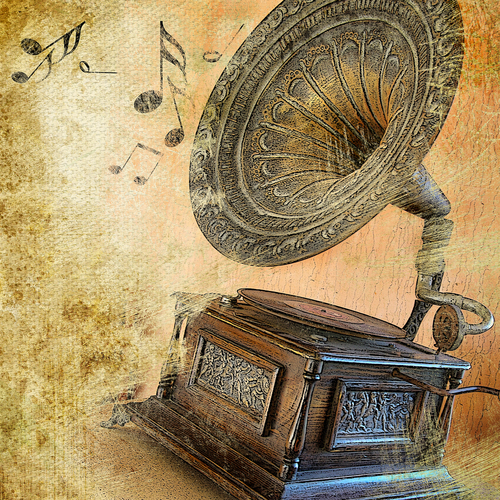 There were a lot of “start up” businesses in America at the end of WWII. One of our neighbors, Jim “Hobe” Stanton, who lived in the 400 block of West Pine Street, decided to start his Rich-R-Tone Record Company in 1946. His first records were the 78-speed records. As he progressed through the years, he added other recorded music formats: 8-track tapes, cassette tapes, L.P. (long play) 33 1/3 speed records.

There were other record companies selling “country music” records, but Jim’s label was the first and only record label devoted to strictly “Hillbilly” (early country) music. As fans of early Hillbilly music know, East Tennessee, Southwest Virginia and Western North Carolina had the original performers of this style of music. The Rich-R-Tone label was more than just a regional label, however. It’s popularity from Florida to Maine and the mid-West was strong. The second important thing about this label is that Jim recorded these early musicians (who had mainly been featured on radio, in school houses, etc.) and started many singers and musicians on their recording careers! To name a few of the most well known performers, we have the Stanley Brothers (Ralph and Carter), Wilma Lee & Stoney Cooper , Martha Carson and Buffalo Johnson.

Jim had his own portable disc recorder and recorded many master records “on location”. He also recorded in his subsequent locations at home; studios on Greenwood Drive and Indian Ridge Road; West Market Street; Jonesborough Highway; rented studios at radio stations WJHL (Johnson City); WBEJ (Elizabethton); and WOPI (Bristol, VA); plus others. There is more, but that’s another story.