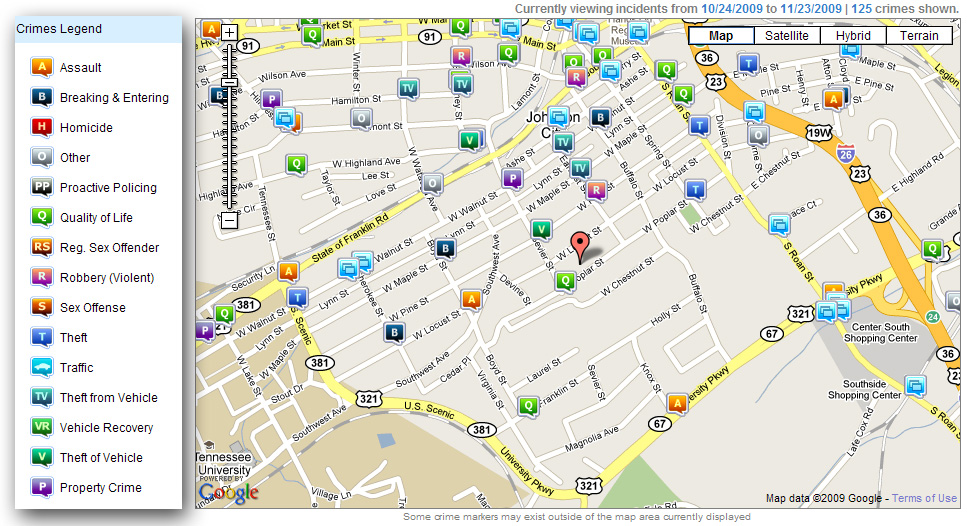 For anyone that's lived in the Tree Streets crime is a reality, not a pleasant one, not something so bad that forces me to lock my children inside, but something that you hear about during sidewalk conversations or whispered over the fence. Often it seems that it's almost "unmentionable", especially in a public setting. I acknowledge that it strikes a discordant note and one that I find disappointing. We have the perfect mix of a sleepy little town, early 20th century Americana architecture, the laughter of playing children, retired seniors walking their dogs and manicured lawns with picket fences juxtaposed against drugs, drunken brawls and sexual perverts exposing themselves.

We aren't alone. Honestly it's everywhere, but we need to be wary or we'll be paralyzed by fears like:
- If people knew about the crime, it will scare away the "good people"
- If word gets out property values will fall and I'll be stuck
- Just ignore it, there's nothing that we can do about it anyway

All that is necessary for evil to triumph is for good men to do nothing -- Edmund Burke ca. 1770

Just to calm any fears, I'm not suggesting armed vigilantes brandishing pitchforks and torches roaming the neighborhood looking to "make an example" of an ETSU student that had a couple drinks too many. Transforming the Tree Streets into an armed compound, destroys the reason I moved here -- community.

I'm suggesting a long-term strategy, not something that can be accomplished in a month or even a year, but one that builds momentum over a decade or more. I don't know the specific tactics to move this forward, they'll evolve over time and, frankly, we'll probable make a few mistakes, but we'll learn from them and move forward.

While the specific tactics are uncertain, I do know that the foundation of the strategy will be based on two key principles:

Community Building
We are stronger together. An intelligent network of committed people can do almost anything. Petty crime doesn't stand a chance.

Information Over Emotion.
Emotion sometimes blinds us and can isolate and separate us. Information and facts provide a way for us to prioritize and understand together. More information is available now than every before, let's use it.

These are my thoughts. What are yours? Let's discuss this and make the Tree Streets even better.